The Monfroni sculpture studio began life in 1963 in Carrara, the historical city known for its world-famous, unique, white Statuario Marble.
Its founder, Luciano Monfroni, graduated from the Professional Institute of Marble in 1955 and after completing several years apprenticeship at the historical Berretta sculpture laboratory in Carrara, he became a marble master and expert and opened his own studio making sculptures to commission. Since then he has carried out many works all over the world and taken part in 2 international sculpture symposiums in Carrara, in 1982 and 1986, besides pursuing his own creative research.
Among his artworks are the portrait busts of Pope John Paul II (1981) and President of the Italian Republic Sandro Pertini (1985).

His son Michele, grew up absorbing the atmosphere of the sculpture studio, undertaking his first work at a very young age and then joining his father’s atelier in 1993 to collaborate with him on numerous projects. Being in close contact with marble and above all having a passion for the ancient art of sculpture, led him to follow the same career path as his father and create his own works of Modern Art.

Monfroni’s sculpture studio is today a point of reference for many contemporary artists all over the world, who either commission works to be made from sketches and photographs, or carry them out themselves at the atelier where space and tools are placed at their disposal.

At the Monfroni Studio classical or contemporary marble sculptures are made to commission from any model, sketch or image (drawing or photograph). These works are carried out to the scale requested by the client. The artist is given complete, professional support to carry out all the phases of the sculpture’s creation. The Studio has an excellent reputation and is highly esteemed internationally and has made many sculpture works for artists on a worldwide level.

The studio has its own collection of plaster models to reproduce classical works of art, and can make any model on request, even large-scale. All artworks are made by hand, in
adherence to the ancient, traditional art of sculpture.

At the studio clay models are crafted both from drawings, sketches or images and then plaster casts or resin moulds are made, going on to create the sculpture itself. All the modelling and moulding stages for bespoke commission work are carried out in direction collaboration with the client.

Once an artwork has been completed, the Studio ensures packaging and shipment are carefully prepared and expertly carried out, for delivery both nationally and worldwide.

Michele Monfroni’s work stems from the need for expression and the need to express oneself, just as the poet forges his own language, in order to communicate the sensitivity that shapes each composition. The artist perceives the sculpture with the knowledgeable awareness of the young craftsman, all the while looking in wonder and amazement at the work of art that lies within the material, in all its measure and balance. Each new work of art is born from the inspiration the material itself conveys, as an expressive reason for its poetic emphasis. 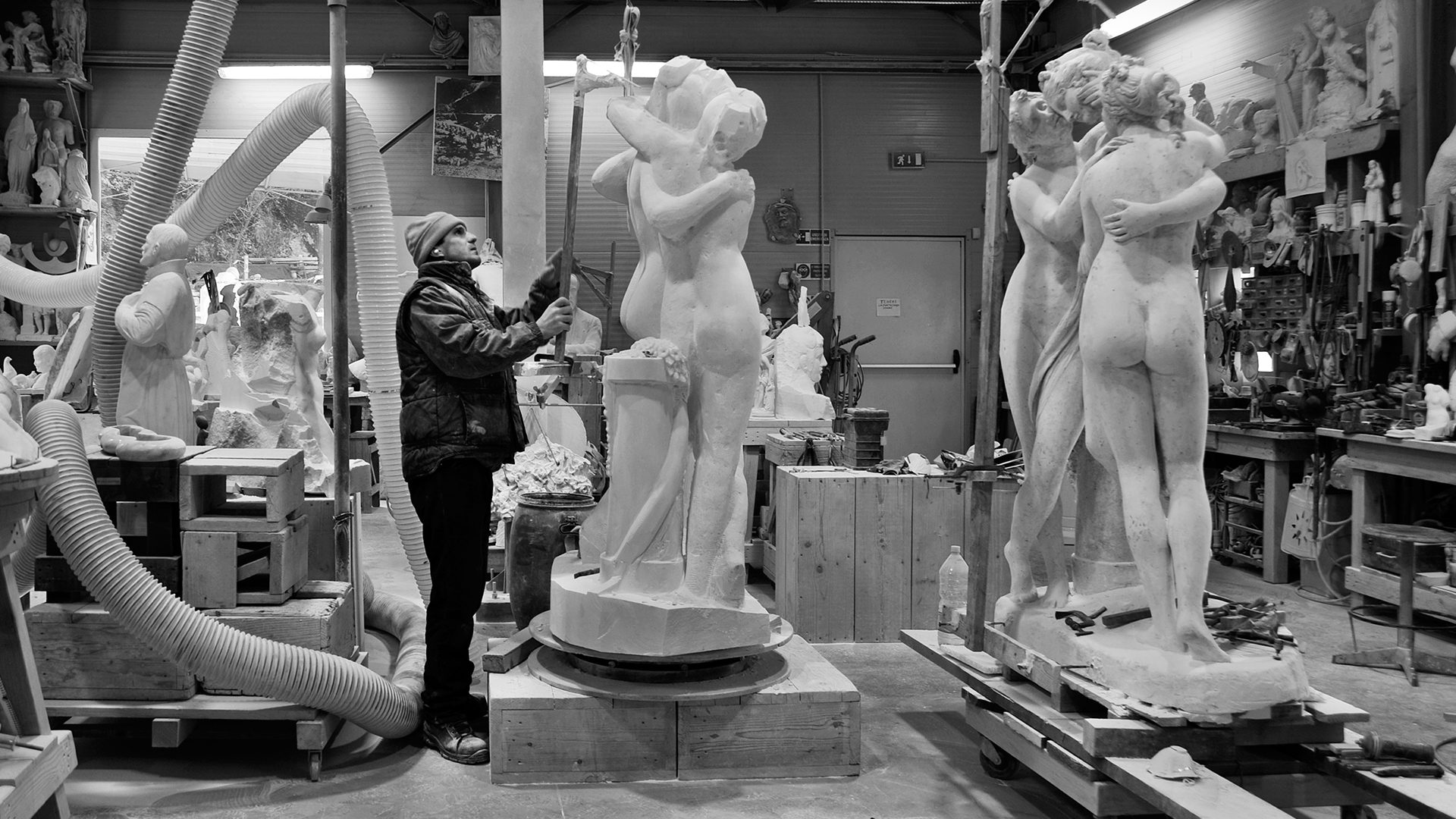 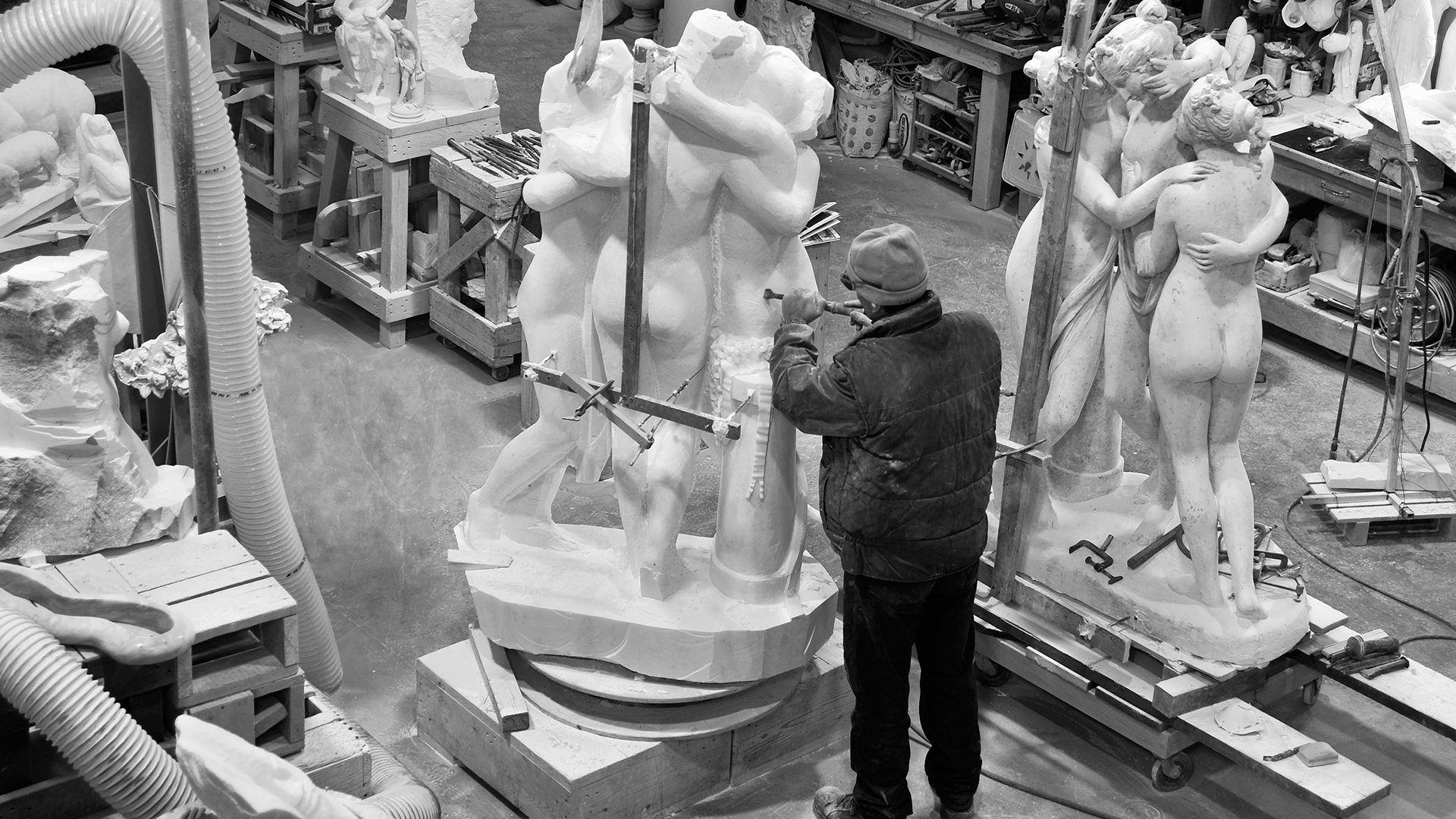 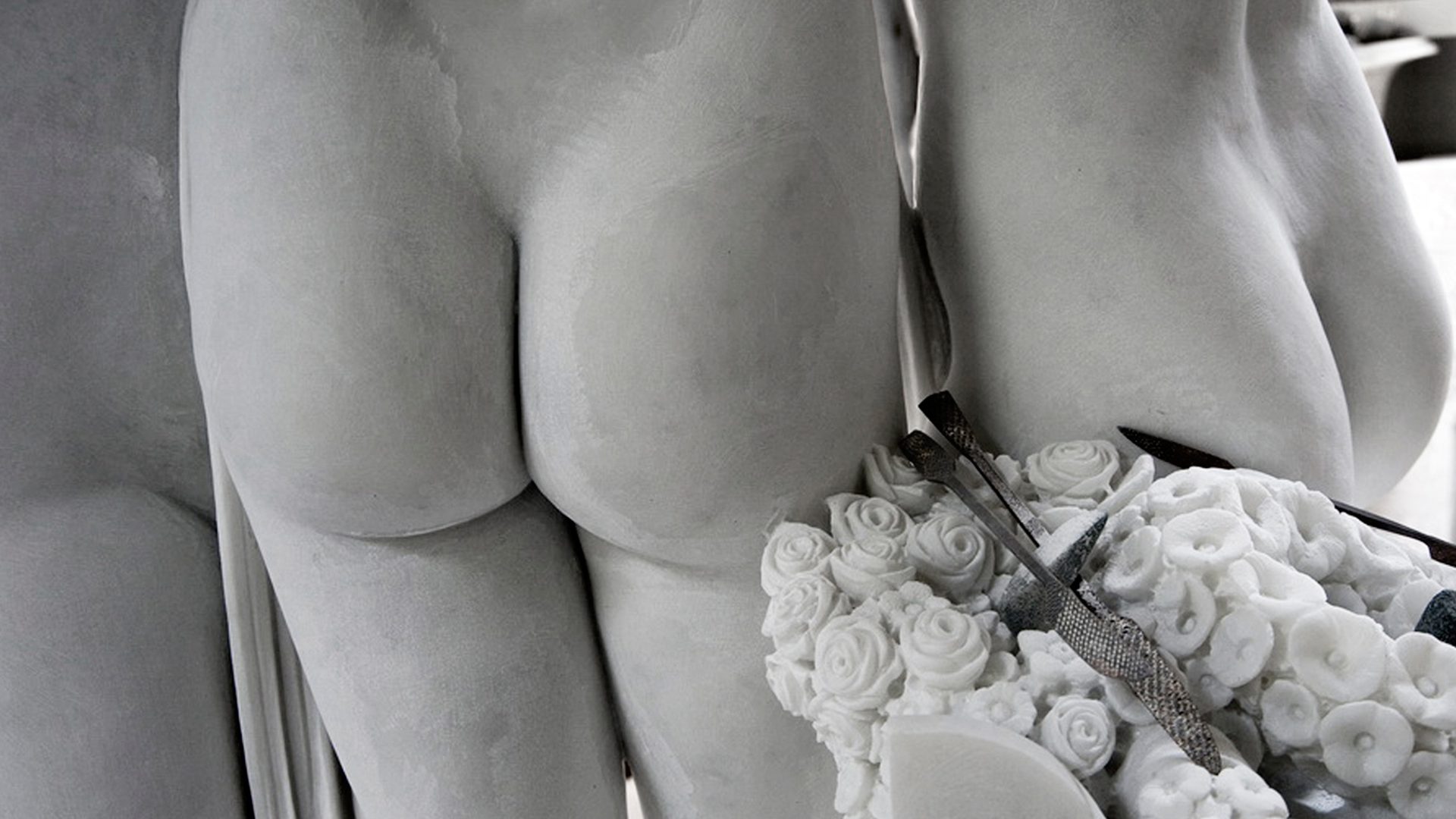 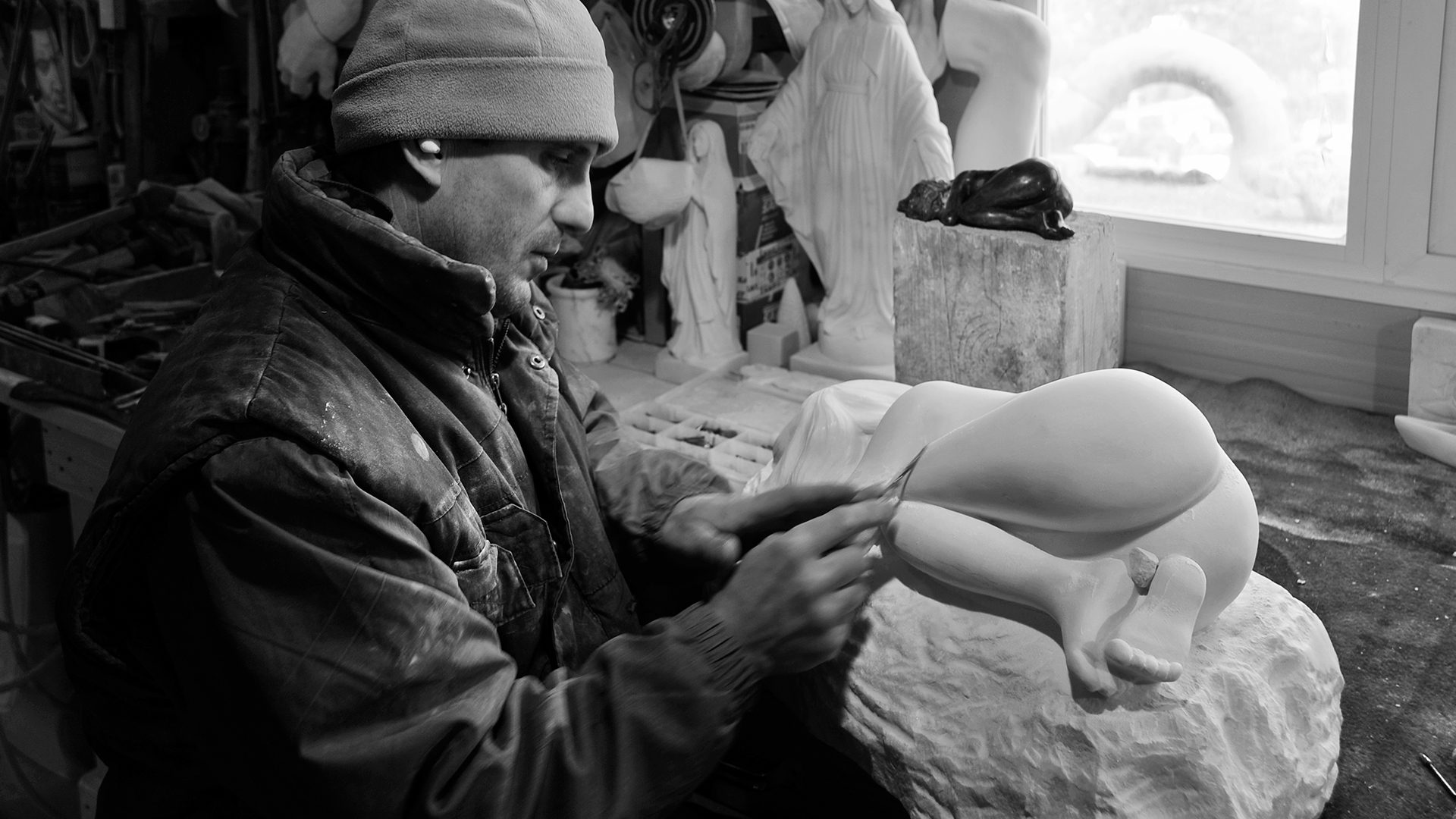 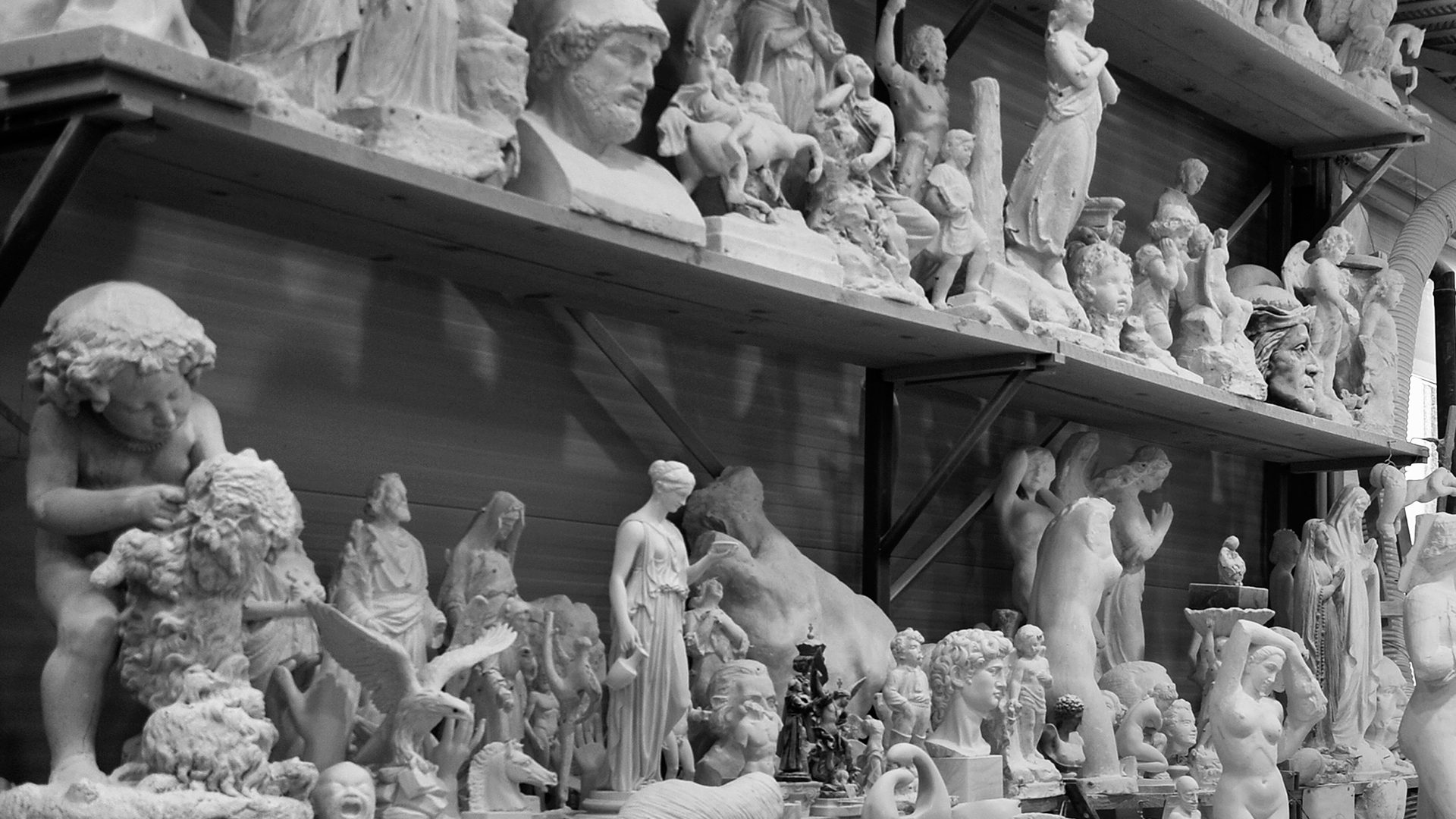 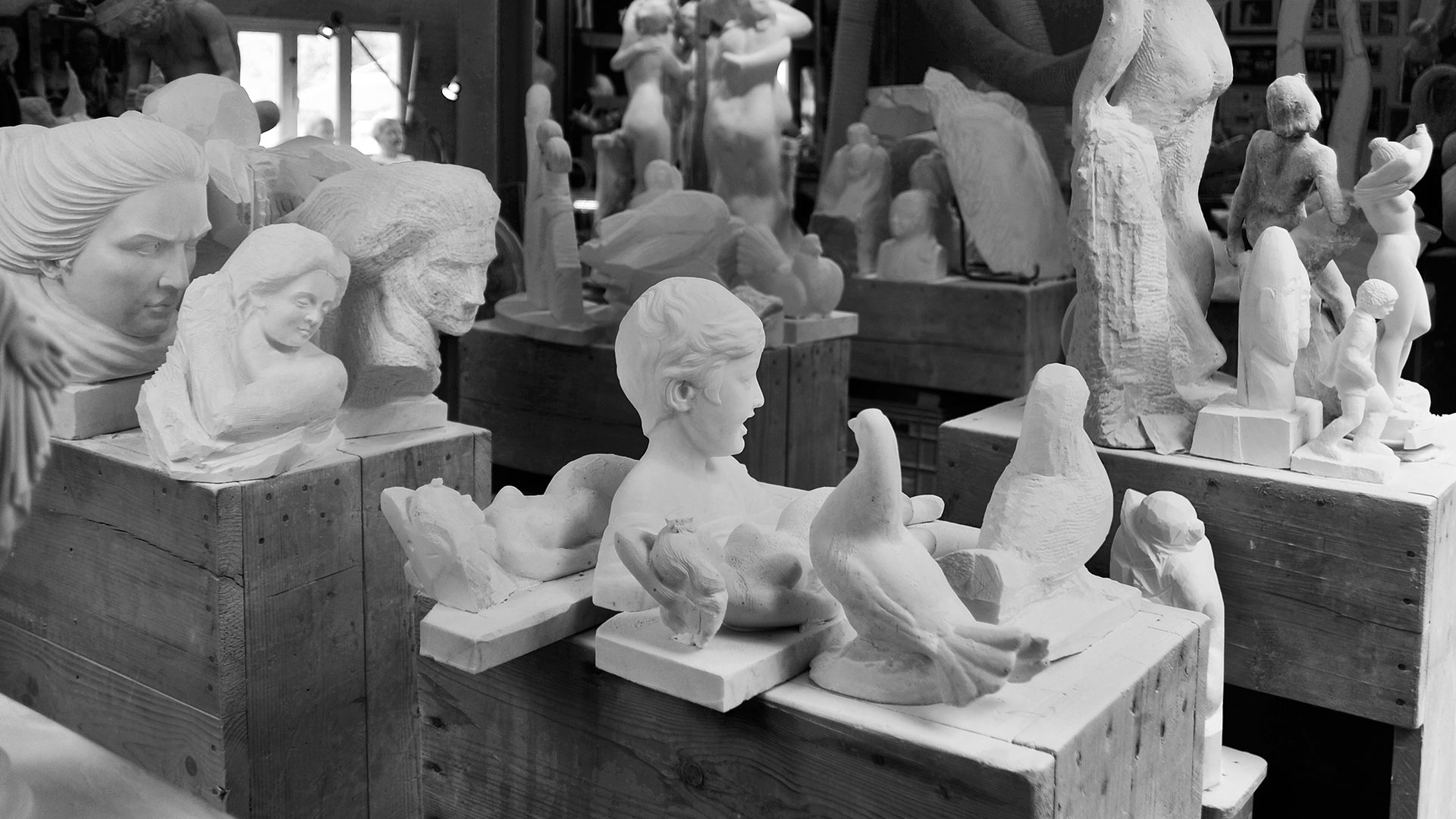 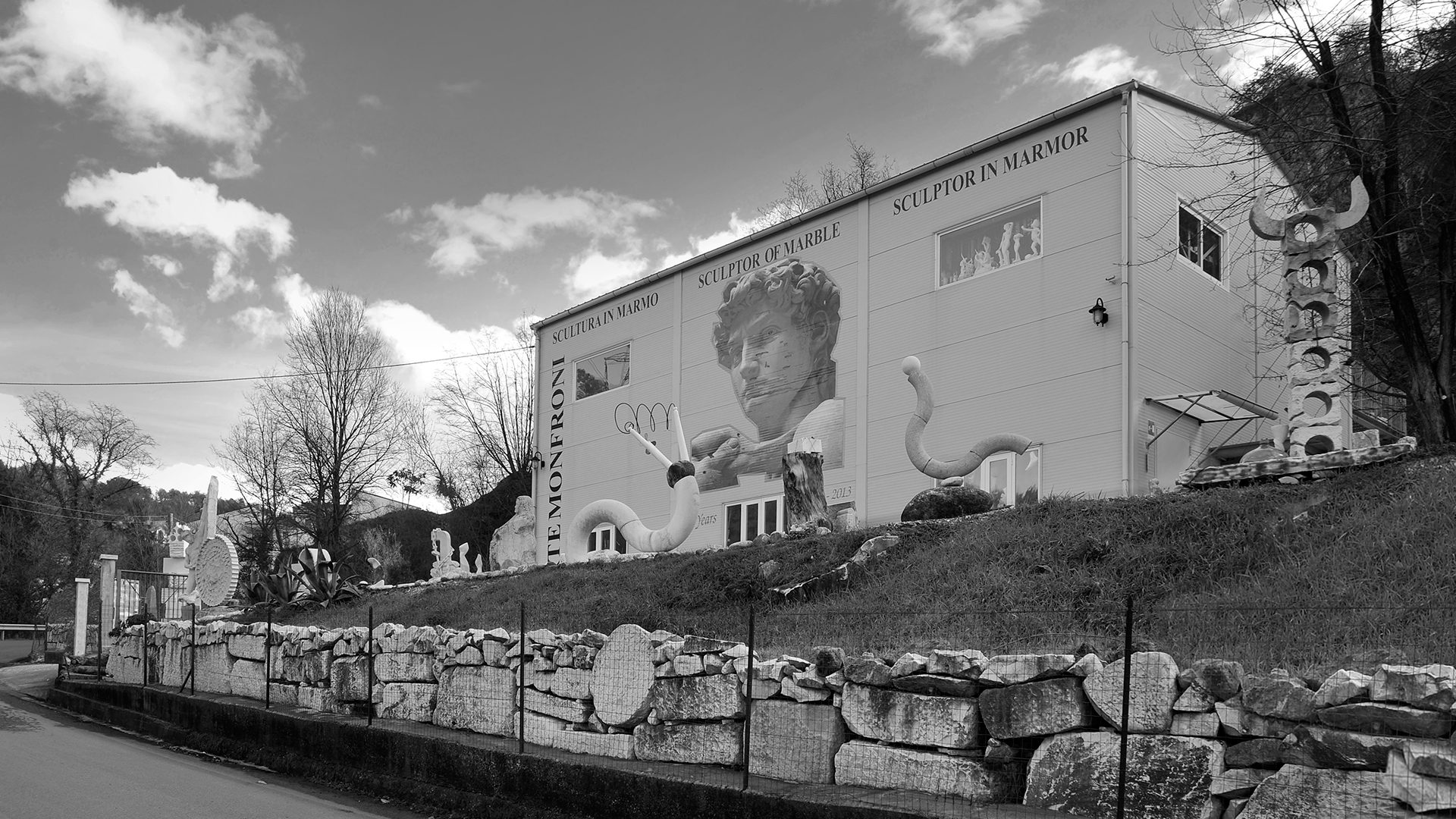